Ageism, its effects on seniors, and how you can help 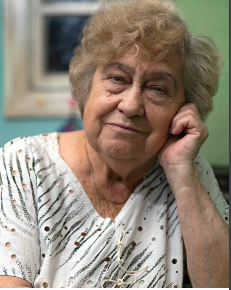 While we often think of age discrimination in the context of employment, it is so much more insidious as our loved ones age. No matter how alert or competent they are, they may be increasingly seen as unable to make decisions for themselves, handle routine physical tasks, or even carry on intelligent conversations. This can eat away at their self-esteem, engender anger and reactivity in their conversations, and cause them to retreat into the very inabilities that are assumed of them.

Ageism refers to discrimination based on someone’s older age. It includes stereotypes, myths, dislike, avoidance of contact, as well as discrimination in housing, employment, and other services.

As we know from personal experiences, the health and capabilities of
older adults are just as varied as those of younger adults and shouldn’t be lumped into a single category labeled “seniors.” By creating this bucket, society dehumanizes older adults and adds to the ease in which they as a group can be excluded from communities, social policies, and support systems.

The mind is a powerful thing and a mind that tells them there is nothing more to live for can be detrimental to their overall health.

Unfortunately, many health care workers can subconsciously and systemically discriminate against our senior population. Assumptions that a senior may be
cognitively or physically impaired or unable to participate in their own care can lead to blocking them from clinical trials, advanced treatment options, or even provision of complete medical diagnoses.

Ageism has also been identified as both a cause and a symptom of elder abuse. The image of aging depicted in the media has generally been negative, which seems to be more acceptable in the case of older persons than that of any other social group. This can cause older people to view themselves as invisible and unworthy, contributing to self-neglect, a growing and largely hidden type of elder abuse.

What Can We Do? 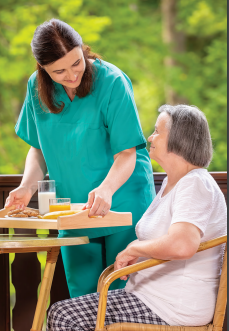 e care in how we label our older adults. Whenever possible, language that uses the words “we” and “us” instead of “they” and “them” to refer to our seniors as a group will help us remember that aging is something that is not only happening to others, but to ourselves as well. For example, instead of “what older people need,” use “what we will need when we’re older.”

How often have we seen an elderly person being spoken to as if they were a child? Or how often do we speak loudly from the outset in assumption that the person in front of us is hearing impaired? How often do we describe ourselves as forgetful if we lose something but label our aging parents as senile if they do the same? Additionally, while referring to someone as a “sweet little old lady” might seem a positive message, it can also be viewed as patronizing and disempowering to that person. It is good practice to assume capability before decline.

Elder Speak – Some tips for re-empowering our seniors are: